Join us in beautiful Atlanta Georgia for a week of transformation!

GET STARTED WITH YOUR 200HR MODULES NOW

Included in this training

Not included in this training 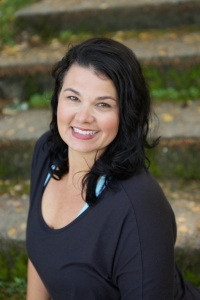 Melissa is a wife and mom to three boys. When she is not cheering on her boys at football, soccer, golf or cross country she can be found on her yoga mat. Melissa began practicing yoga over ten years ago. She was introduced to the concept of faith-based yoga at her church in Atlanta. She quickly fell in love with the practice because of the many physical, mental and spiritual benefits that yoga provides. Upon moving to a small town in 2012, Melissa realized that while there were many local options for practicing yoga, none were faith-based. In 2015, after a difficult year that included the death of her father, her mother-in-law’s lung cancer diagnosis and the discovery that her youngest son had permanent hearing loss, Melissa was encouraged by a counselor to make yoga a daily part of her life. It was on the yoga mat that she felt that God was calling her to bring faith-based yoga to Madison, Georgia. She currently teaches four YogaFaith classes each week.

Melissa has been an anchor and source of strength for many leaders and students within the YogaFaith family. She has been a constant lighthouse within her community and at each immersion. We know that you will be incredibly blessed by her grace and strength at immersion. 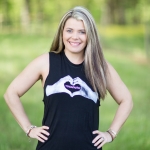 Sally is a Master Yoga Instructor that has been teaching yoga from a faith based perspective since 2015. Sally’s mission is to help the lost get found and the found her lost in Christ. Sally is a graduate of Yogafaith and has grown in tremendous God-ordained ways through Yogafaith training.

We are honored to have Sally teaching this Spring in Atlanta, she is going to encourage and bless your walk with Christ as well as gift with you with amazing yoga sessions!

Practicing Postures of Prayer to Create Peace, Balance and Freedom
by Michelle Thielen

The 21 Most Powerful Minutes in a Leader’s Day: Revitalize Your Spirit and Empower Your Leadership 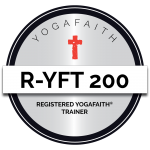 Step 1: Fill out the Application

If you have already received your Letter of Acceptance, then you may register here online.

This $200 deposit reserves your spot and is non refundable. It does go towards your immersion cost.